The seven times Norwegian trials champion, and editor in chief at Bashguardian, Eirik Ulltang (31) did just launch a new video. The video is captured in Arendal, a small town in the southern parts of Norway. Here’s what he had to say about it…

Why did you choose to go to Arendal?

– To be honest, me and Gaute, my brother, were just looking at the weather forecast for the upcoming week, and we needed somewhere it wasn’t raining. I’ve been riding in Arendal before, and I know it got some good street riding. And it’s a beautiful city as well. So we just packed the van, and drove over the mountain.

Did everything go as planned?

– No, definitely not. The entire video is filmed in one day, but the plan was to go to Kristiansand the next day, to stack more clips. But, I got some weird injury in my shoulders at the end of the first day of filming, and I could barely walk the next day, and definitely not ride. So instead of spending a day of filming, we just drove back early to rain and misery on the west coast of Norway again.

Are you happy with the lines you filmed in the video?

– Yes, I am pretty happy with most of my lines. I had one goal before we started to film, and that was to not make one single line on the first try. I kept trying until I made every line as planned, and stopped trying when I was happy with how it looked. Obviously, I never spend enough time on the filming, I would love to do a project where I actually spend hours and hours on every clip. But, I never make it happen. Of course I would like to make a longer edit, the plan was to get at least 15 lines. But, with the weird injury, I wasn’t able to achieve it. 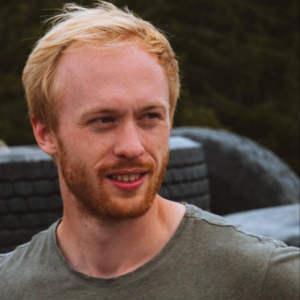 Bashguardian's Executive Editor. Trials since 2004! Osteopath, personal trainer and part time show rider. The world of trials needs a place on the web. This is my contribution.

Flipp is mostly known for his brakeless mod riding. That’s why it’s hard to believe what

Japan’s most famous street trials rider, and worldwide YouTube phenomenon, Tomomi Nishikubo, teamed up with the

John Langlois – A day in Lyon

John Langlois is an absolute prodigy when it comes to creative street trials riding. Maybe one